Mechelen and Willebroek on the way to becoming ‘smart cities’ 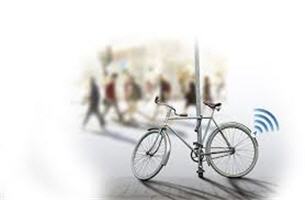 Mechelen and Willebroek on the way to becoming ‘smart cities’

In the first half of 2016, the number of bicycle thefts in Mechelen rose by 45% against the same period in 2015. And that’s a touchy subject for the locals, who are turning more and more to using bikes, especially expensive e-bikes. Anti-theft measures like engraving have done little to stem the tide.

And so, in November 2016, the local councils in Mechelen and Willebroek and the Mechelen-Willebroek police got together with Arco Information to launch a pilot project aimed at curbing the rising catalogue of bike thefts. Their aim was not only to catch the culprits but also to dissuade them from stealing bikes because of the increased chance of prosecution.

At the heart of the campaign were little ‘beacons’: small, inconspicuous transmitters fixed to the bikes, and hard to remove from them. The devices can be placed in a number of locations on a bike, making them difficult to detect. Down the line, the councils and police installed ‘locators’ in numerous locations; these are devices that receive the transmitted signals and emit an alert.

But there are no end of other means for relocating a bike, like cameras, which can be used to quickly identify thieves. And police patrol cars are also fitted with these locators. If they spot a stolen bike, the police directly attend at the location to see whether they can find it. If the stolen bike is in a van, a camera with number-plate recognition will search for the vehicle’s owner.

Decoy bikes have been positioned in various spots with the aim of catching thieves red-handed. Data is registered in Arco’s systems in the Arco-Cloud based on a system called ‘Doma’, which manages the admin and operational processes.

The app is fully legally compliant; bike owners sign a contract, which fully protects their privacy. This ‘smart city’ app has already booked huge success; 4,200 locals immediately signed up. The goal is to further extend it to other local authority and police areas: and the ‘smart city’ app has implications far beyond just solving bicycle crime, setting it to become a fully fledged player in the ‘internet of things’.